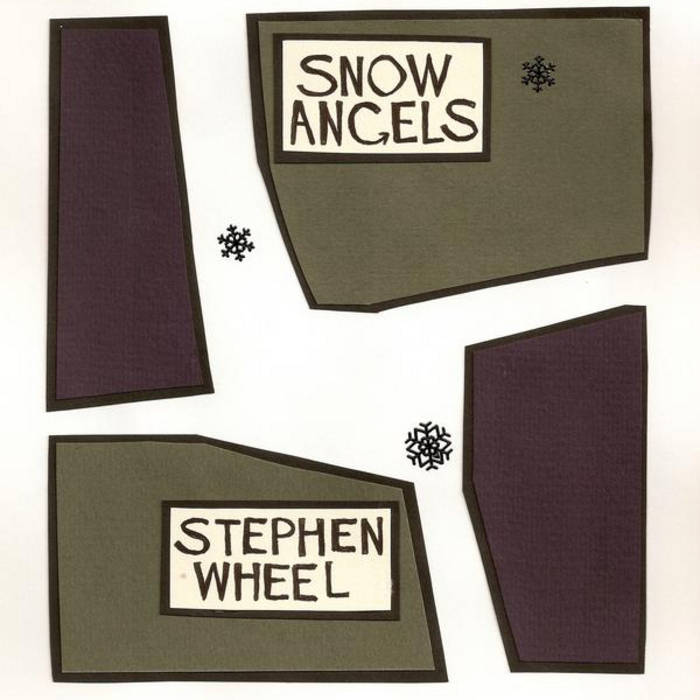 Snow Angels is Steve's debut album. All tracks written, performed, recorded and produced by Steve. Featuring Gareth Dylan Smith on drums and lots of other brilliant musicians. Snow Angels is an album of rock songs, with orchestral colours, made in Wales.

“Stephen Wheel, who has recently had a song accepted for soundtrack of the BBC Series 'Being Human,' is a musician who is far from blowing his own trumpet but is nonetheless inseparable from his beautiful but haunting music. "I go to bed thinking about it and I wake up thinking about it", he said recently, "I don't know when it will stop." …this show will be the highlight of the whole month of January.”
- Marc Thomas www.guardian.co.uk/cardiff/2011/jan/06/this-month-in-music-hometown-heroes

'I think this guy's got a lot of talent!"
- Alan Thompson, BBC Radio Wales Evening Show

"...it works. Brilliantly. Definitely worth a listen, but make sure you’re in a safe place!”
- Miniature Music Press

“…completely bonkers album…if ever a collection of songs refuses to be neatly pigeon holed then this is it.…each repeated listen will be rewarded because there is just so much going on in this lavish album.“
- Chris Philips, BRfm

“Snow Angels is a terrific first effort by Stephen Wheel…the album manages to capture a unique and outstanding sound. It is an album that only gets better with each listen. It may take a while to grow on some, but it is well worth the try.” - James Vincent Rouse, The Music Cycle